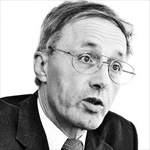 «President Manuel Santos has been reelected on June 15, 2014 for a second four-year term as President of Colombia. During his first presidency, he has provided new orientations to his country which is now at several crossroads. On the political side, the government negotiates with the Fuerzas Armadas Revolucionarias de Colombia (FARC) a peace agreement. Peace is long due and would unleash significant investments in departments strongly affected by the conflict and open new perspectives for their population. The negotiations face however great challenges and the most difficult issues remain to be settled. On the economic side, fundamentals have been strong for years and Colombia has started its accession process to the OECD with the progressive adaptation of rules in several areas. In order to close significant gaps with OECD members, major efforts will be necessary to improve competitiveness, to diversify the economy and to reduce informality, poverty, inequality and corruption».  Read more ...