The international flair of BEA

BEA is not – as perhaps the large "BERNEXPO" signs on the exhibition site would have you believe – a purely local affair. Quite the opposite: this year, a gaggle of well-travelled "wild" visitors from all around the globe will be spreading charm at the exhibition.

I am thinking, for example, of cows invited from France, the USA and UK grazing contentedly alongside Swiss cows and taking part in beauty contests. Or the Cavaillo Paso Fino (HORSE). And "our" Paso Finos at BEA are very special ones: they have dual nationality. They originated in Peru, but ours came from Brazil.
But BEA also means lots of animals, namely over 600 from home and abroad. And they all have to be fed and looked after:

But what will definitely bring the most colour and fire to BEA this year are the 22 Latin-American countries that have been invited. A new feature, the sparkling vitality of which honours the slogan for BEA 2014 - "It doesn't get any wilder!"

In spite of this, we will still maintain the international cliché of Switzerland as a country of chocolate and cheese, with the special Switzerland Cheese display for instance. Or the daily animal shows with over 600 creatures. However, so we do not all get absorbed into this pure idyll, we will also not forget the world around us. So at BEA 2014, some serious international missions will also be presented. Since 1953, the Swiss army has participated in peacekeeping missions. At the moment, approximately 290 women and men ranking from Private to Major-General are making a contribution to peace in 17 countries on 4 continents. Switzerland, a neutral country, will be presenting its international peacekeeping activities in a SWISSINT roadshow.

This summary provides ample proof of my opinion that this year's BEA slogan is actually timeless: "It doesn't get any wilder!" not only applies to BEA this year, but can also be reinterpreted each and every year in the future.

I would like to take this opportunity to offer my sincere thanks to the embassies of Peru, Argentina, Brazil and Mexico for their great commitment to this event. And now: I would like to wish you all lots of fun when you visit the largest spring exhibition in Switzerland. 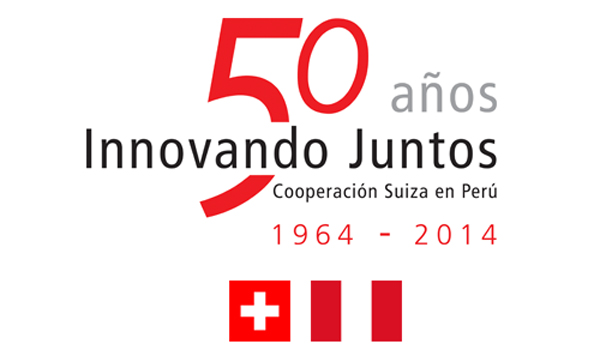 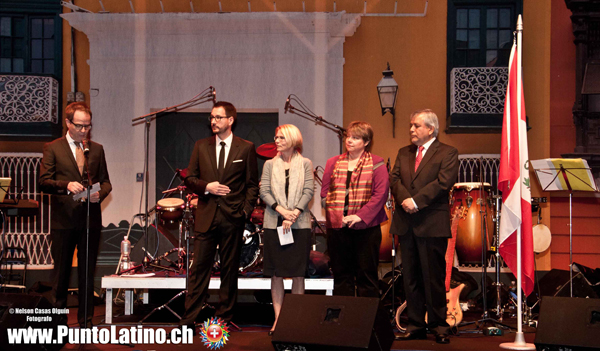 Let me first thank you for your invitation to the opening of the Peruvian Pavilion at the BEA exhibition. It's a great honor and pleasure to convey to you the greetings of President Didier Burkhalter and his best wishes for a successful participation of Peru as this year's special host country at the BEA.

As you know, Mr. Ambassador, President Burkhalter is well acquainted with your country as he paid a visit to Lima, last year, meeting with your Prime Minister.
But the reason we are getting together today is to celebrate a special anniversary, namely 50 years of cooperation, through which Switzerland has contributed to the remarkable Peruvian development.

Peru is no more a "beggar sitting on a golden bench", as the Peruvians used to depict themselves.

Today, Peru creates more and more wealth and redistributes it in an increasingly efficient way. In doing so, it reduces poverty and creates a more equal society with greater opportunities for all.

But before your unique Pisco makes me forget the few words I would like to address to you all, let me emphasize one last point. I am convinced that the BEA visitors will have a great time discovering the different facets of your rich and manifold Peruvian culture!

Its diversity is not only rooted into your long history, but also into the geographic uniqueness of your land, into the diversity of migrants from Europe, Africa and Asia that settled in your country over the last five centuries.

All these facets of your rich heritage constitute today a significant contribution to the world heritage.
I am glad to be here today and to be able to share with you, Mister Ambassador and dear friends, a Pisco de la Amistad Suizo-Peruana!

Official ceremony of the inauguration of the celebration of the 50th Anniversary of the Swiss Cooperation in Peru
BEA, Bern, April 25, 2014, 19hr.
Mrs Livia Leu, Ambassador Delegate of the Federal Council for Trade Agreements

It is an honour and great pleasure for me to participate tonight at the official celebration launching the commemoration of the 50th Anniversary of the Swiss Cooperation with Peru.

During these past 50 years, Peru has made significant steps forward and has moved from a low-income to a middle-income country. A clear sign of its changed status is the organization of major international conferences like the very important United Nations Conference on Climate Change next December in Lima.

Peru's substantial progress also had an impact on our bilateral economic relations.

First, we have considerably strengthened our ties with an investment promotion and protection agreement in 1991 and more recently a free trade agreement in 2010 as well as a double taxation agreement due to be implemented as of January 1, 2015. Our bilateral trade volume stands at USD 300 million. This figure excludes trade in gold, which will, however, be included in the Swiss statistics as of this year. According to the Peruvian numbers, which do include gold, our bilateral trade volume is actually more than ten times larger and Switzerland is Peru's third most important export destination (after China and the U.S.).

Second, we have adapted our means of development cooperation. At the beginning and during the early decades, it was mainly the Swiss Agency for Development and Cooperation (SDC) that was active in Peru. About 20 years ago, SECO's economic development cooperation gained in importance, especially in the context of Peru's increasing integration into global markets. As a consequence, in 2009 Peru became a priority country of SECO. SECO's cooperation budget for Peru has increased continuously and now stands at nearly CHF 20 million per year.

Our programmes focus on four areas: the promotion of a competitive private sector with access to foreign markets; the development of sustainable urban infrastructure; the sustainable management of natural resources; and the promotion of effective and transparent public economic governance.

Switzerland sees in Peru a trustworthy partner which shares our liberal economic vision and the desire to grow in a sustainable way. And the results show that we are right:

For instance, today there are many competitive small and medium-sized enterprises that sell a great variety of Peruvian products to the most demanding markets worldwide. Products stemming from the abundant biodiversity of Peru, like Quinoa grain or Sacha Inchi, an oilseed crop from the Amazon, meet an ever-increasing demand in Europe, America and Asia. And I am proud to say that SECO has contributed to the strengthening of the Peruvian export sector, in particular for goods and services derived from its native biodiversity.

Another good example of our fruitful collaboration is the urban planning in emerging cities like Chiclayo, Trujillo or Cusco, providing more trustworthy, more cost-effective and more ecological services in key areas such as waste management, water and sanitation with SECO's support.

Through our activity, we can also witness the continuous improvement in public finance management both at central and subnational level.

A recent example of our successful cooperation is the Better Gold Initiative. Through this project, we seek to connect small- and medium-scale Peruvian miners with Swiss refinery and jewellery companies interested in buying sustainably-produced gold. 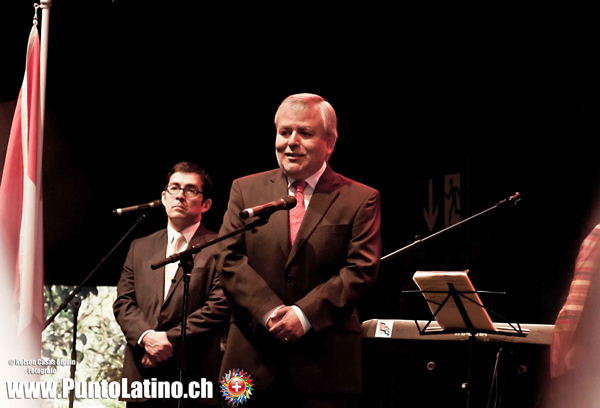 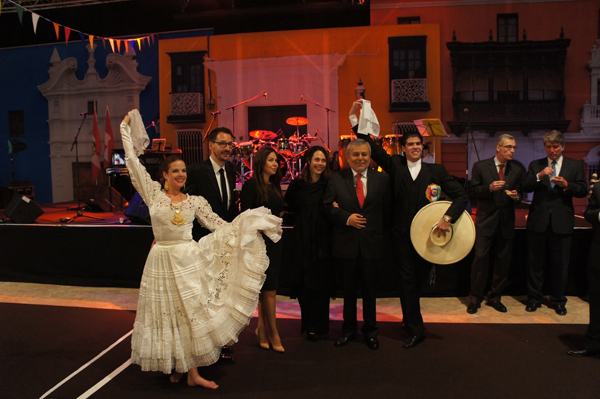 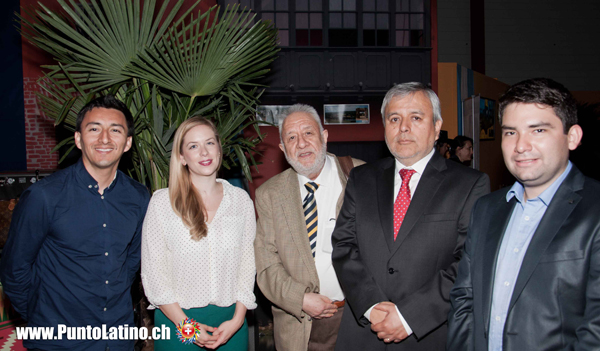 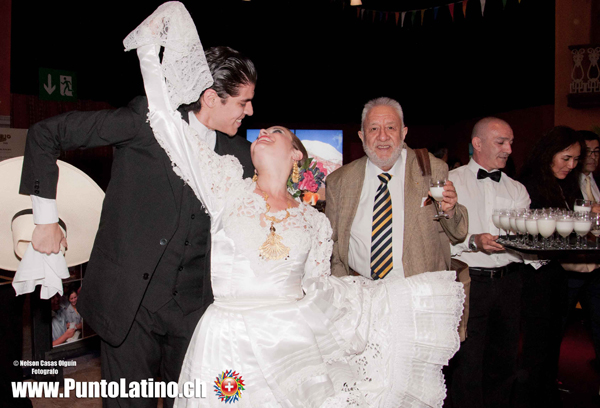 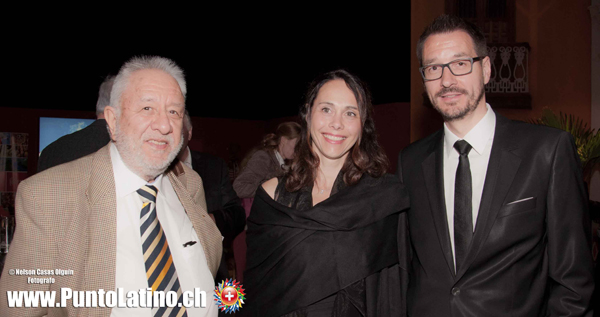 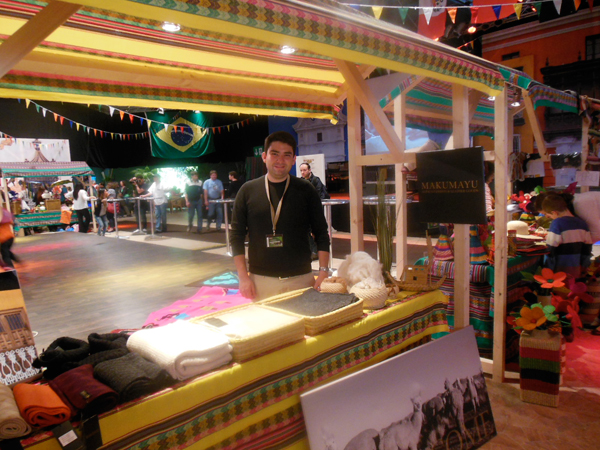 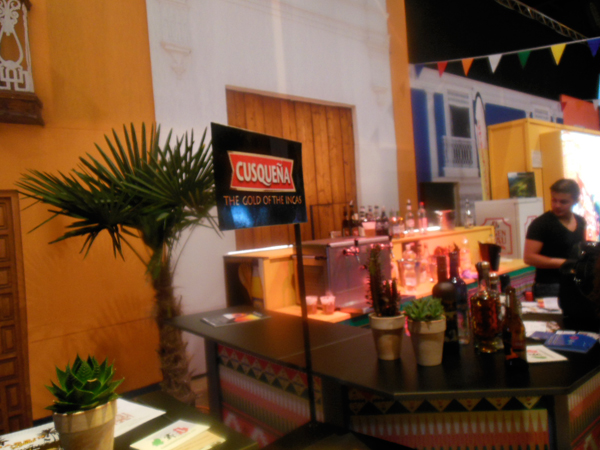 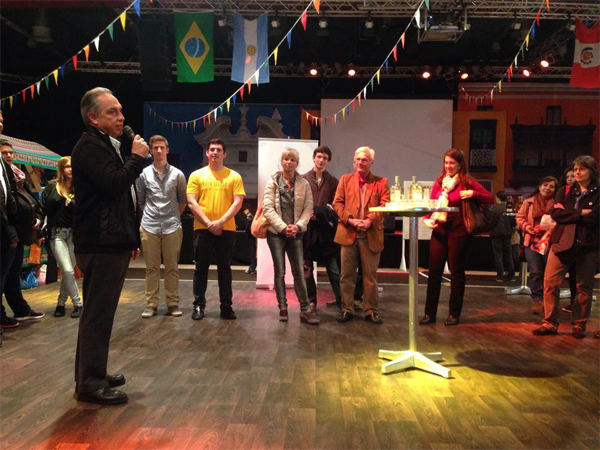 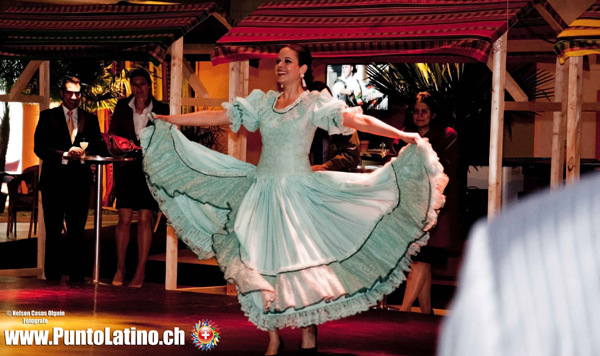 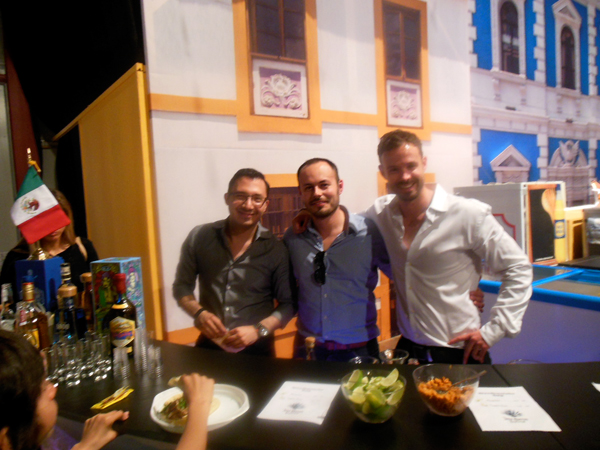 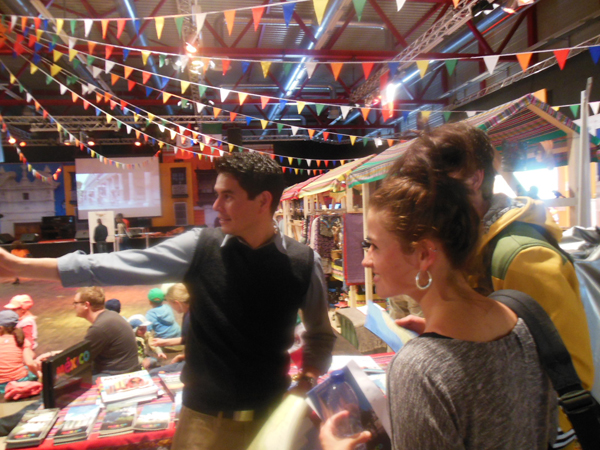 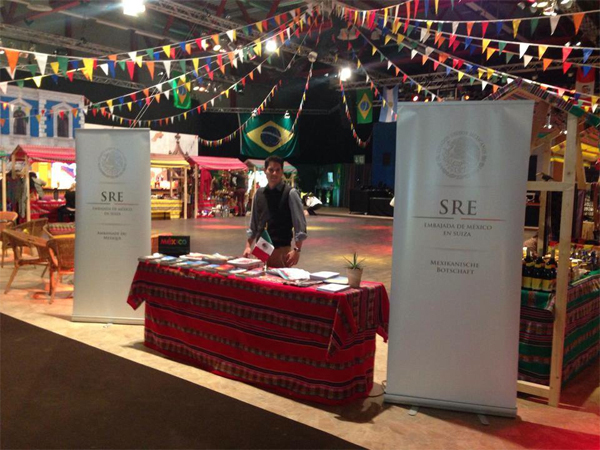 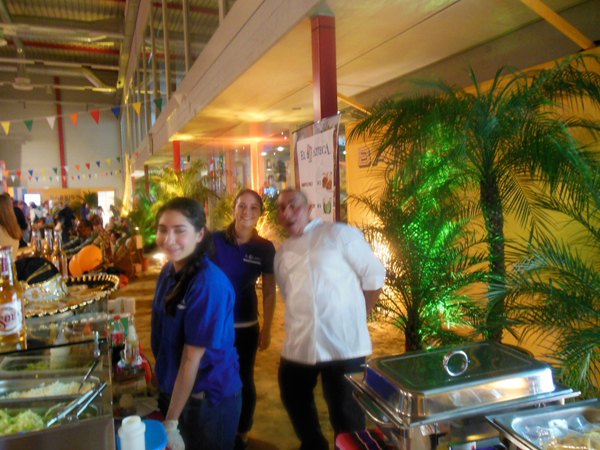 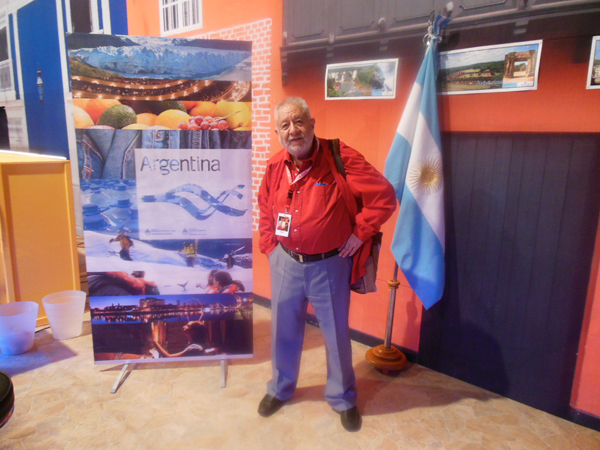 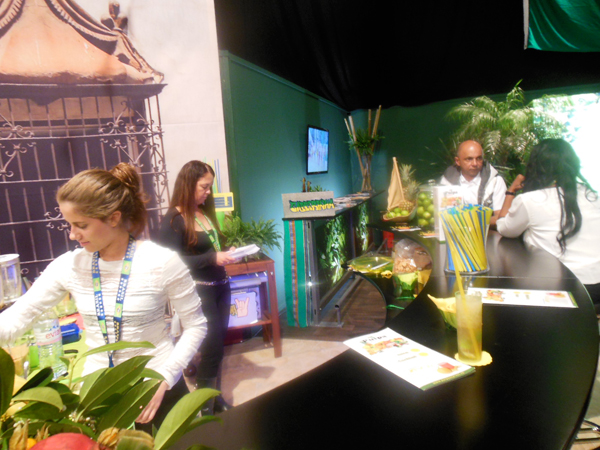 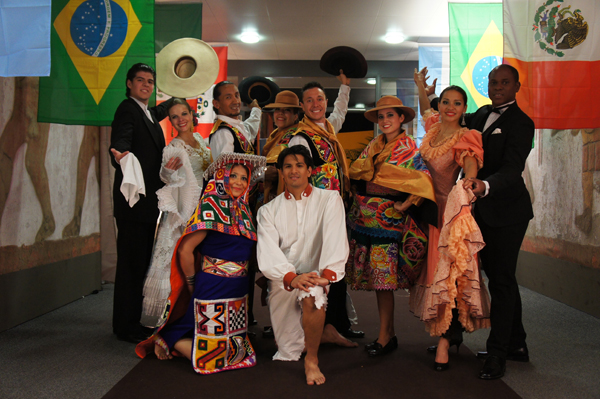 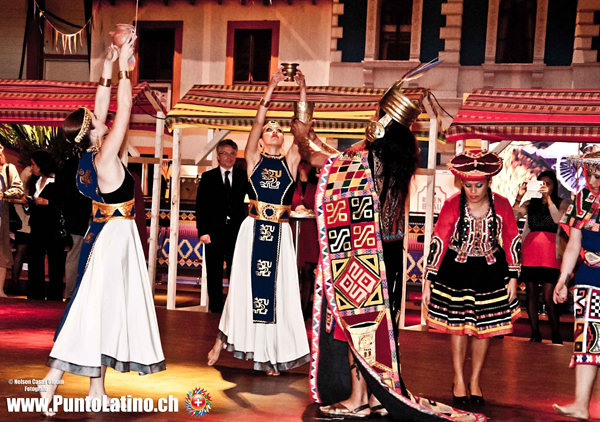 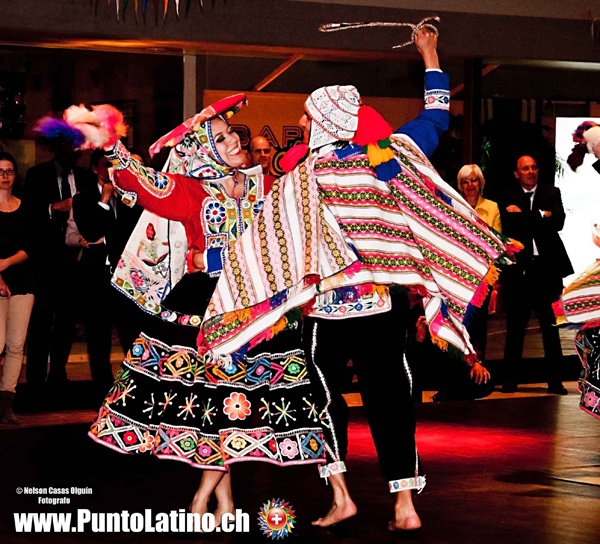 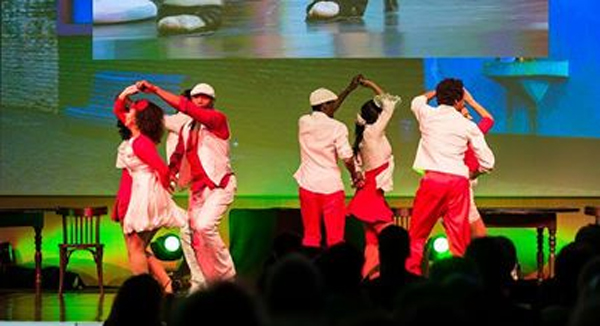 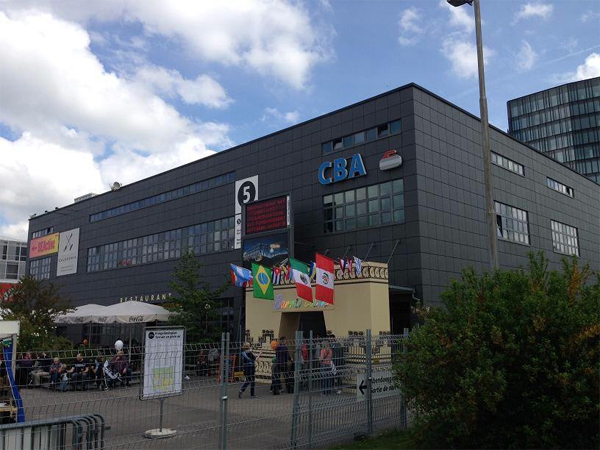 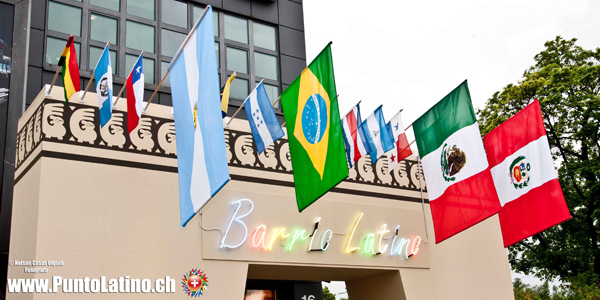 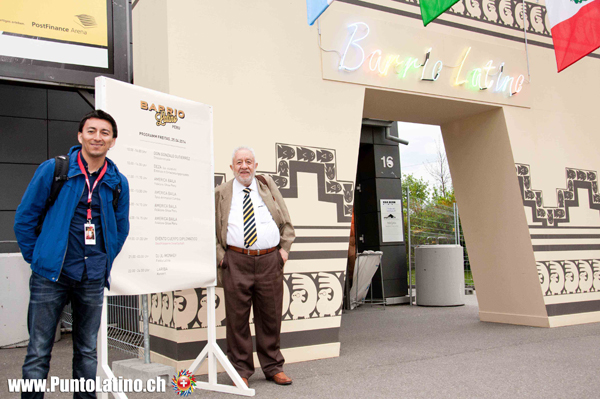 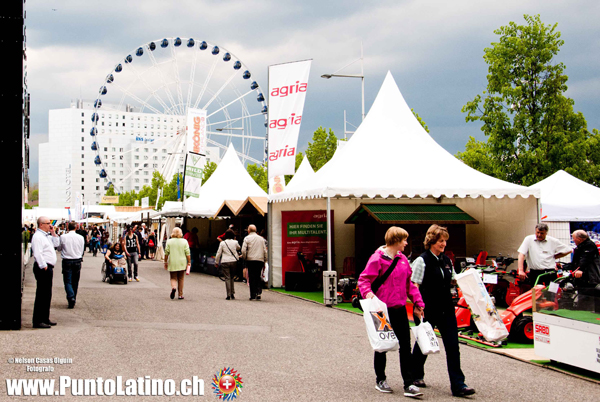 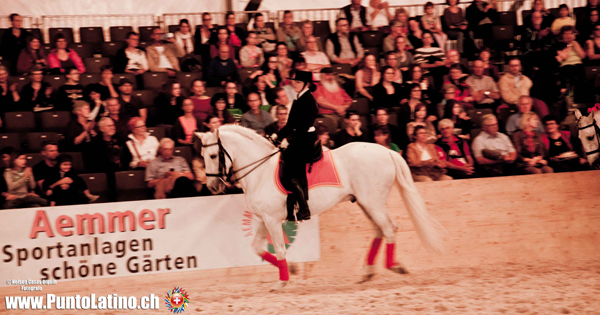 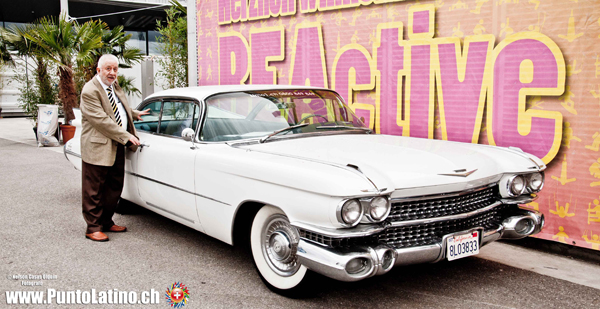